The Rosenberg Self-Esteem Scale: Translation and Validation in the Greek Language in Adolescents 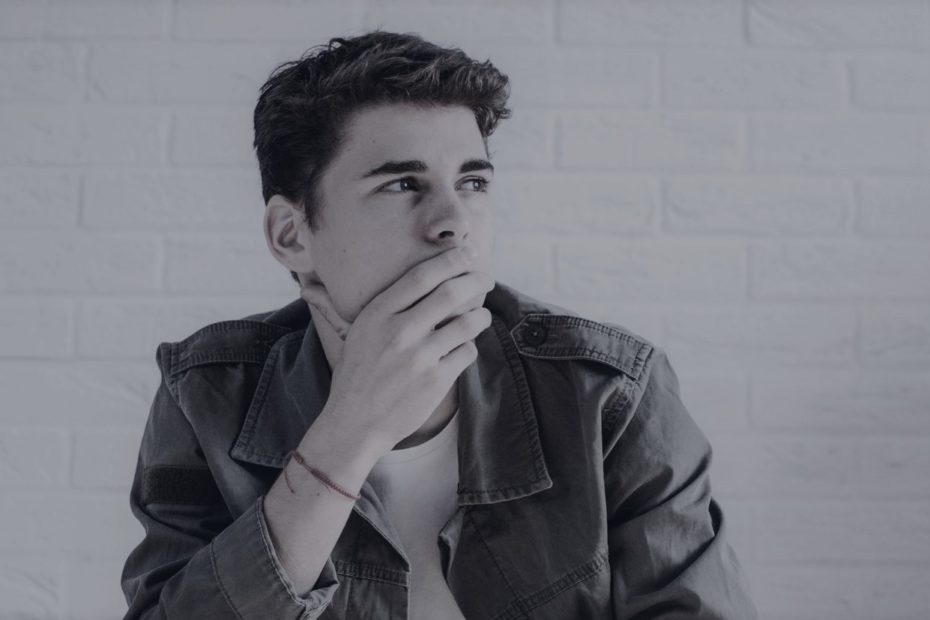 The self-esteem constitutes a characteristic which can influence the person in many dimensions, depending on the perception positive or negative, which the individual has for himself/herself. The most usable tool for measuring self-esteem is the Rosenberg Self-esteem Scale (RSES). In order to be validated in the Greek language, the RSES was completed by high school students, from 12 to 18 years old at a Private School in the suburbs of the region of Attica, Greece. Simultaneously, they were administered other questionnaires, such as Culture-Free Self-Esteem Inventories, Third Edition (CFSEI-3), Positive and Negative Affect Schedule (PANAS) and Health indicators – Medical History- Daily Routine- Quality and Way of life (Darviri & Varvogli). The reliability and validity results of the RSES indicated satisfactory internal reliability index crombach a was .89 and .80. The RSES had positive statistically significant relationship with the two questionnaires of self-esteem (Darviri & Varvogli and CFSEI-3). It was observed statistically significant relationships with age, academic performance and PANAS, as a consequence these correlations confirm questionnaire’s criterion validity. The RSES Greek version is a tool that can be used for the measurement of Self-Esteem in the Greek adolescents.

The importance of self-esteem started to be perceived during the 60’s. The psychological and social field recognized the need of studying self-image and generally self-concept, which was cultivated by the interdependence with the environment.1 The upsurge in the illumination of various aspects of “self”, was conforming with the development of social psychology and especially social identity theory 2.

The self-concept constitutes a cognitive schema that organizes memories and controls the self-relevant information. Self-esteem is considered one of the components of self-concept and it is playing a critical role in its structure 3. Rosenberg defined self-esteem as “totality of the individual’s thoughts and feelings with reference to himself as an object” 1. Another conceptualization was made by Harter (1985, 1986) who characterized self-esteem or self-worth as “the global regard that one has for the self as a person 4.

The beginning was signified in 1890 by James’s “The Principles of Psychology”, in which he introduced multiple concepts of the “self” and he distinguished three interrelated aspects of the self, the material, the social and the spiritual self, which dispose the feelings of self-worth and self-seeking actions. Based on the principle of multiplicity of social selves, the self-esteem depends on the ratio of successes to pretensions; its amelioration could be succeeded by lowering aspirations or by increasing successes. The distinction between real and ideal selves can significantly contributes on self-esteem 5.

According to James, self-esteem depends on the individual’s cognitive evaluations; they focus to be competent in certain domains. Their success leads on higher self-esteem and their failure in lower self-esteem. Cooley was inferring to the “social mirror”; the appraisals of significant others towards the self 6.

The perceived image or the perception which is cultivated by others, can influence the self-esteem and how the person acts. In general, the subjects with high self-esteem accept easier the positive feedback, in comparison with the one’s with lower self-esteem 3. The appraisal of self-image is a result from the receivable feedback as individuals and from the social interaction when the “social-self” is on the surface 7.

The study of self-esteem has proved that it can affect different aspects of “self” and abilities, such as psychological well-being, academic performance and learning, and coping skills accordingly 4. Although, over the passing years, the increasing need of exploring self-esteem in adolescence and the different influenced parameters, lead to the validation of Rosenberg Self-Esteem Scale in Greek adolescents.

The study was performed in a Private School of Attica, Greece, in April. The study required approval according to the Scientific an Ethics committee of Athens’s Medical University from the guardians of students. The study was a convenience sample of 250 students who were asked to participate in the study. After being, both students and guardians, fully informed of the purposes of the study and giving their consent, the participants were asked to complete anonymous questionnaires. Inclusion criteria were the ability to read and write in Greek, 12–18 years of age and residency in Attica. Finally, 204 participants delivered all the completed questionnaires.

One of the most used instruments for measuring self-esteem is the Rosenberg Self-esteem Scale 1.

The RSES constitutes an instrument which captures the global perception of the individual’s self-worth through a 10-item tool, 5 positively worded items and 5 negatively worded items. The scale includes these items:

All items are answered using a 4-point Likert scale format ranging from 1=strongly agree to 4=strongly disagree.1 The range of scores using this procedure was 10-40 with higher scores indicating higher self-esteem.

The Culture-Free Self-Esteem Inventories, Third Edition (CFSEI-3) are a set of norm-referenced assessment inventories that measure self-reported self-esteem in children and adolescents. The CFSEI-3 focuses on the following measurement areas (depending upon age category):

The questions are closed, yes or no. The higher scores indicate higher self-esteem.

The PANAS investigates the emotions of adolescents and the intensity of those feelings. The questionnaire disposes 20 adjectives which describe positive and negative emotions, such as “I am feeling excited” and “I am feeling sad”. All items are answered using a 6-point Likert scale (from 1= not at all, to 6= too much). The total depends on the grade of every emotion, positive or negative 12.

Descriptive analyses were used to calculate the means, standard deviations (SD), minimums, maximums and absolute and relative frequencies (%). Principal component analysis (PCA) was used to identify the factors from the HLPCQ. Bartlett’s test was used to assess whether the correlation between items was adequate; in contrast, a determinant value was calculated to assess unwanted over-correlation of items (determinant should be close to zero). The Kaiser-Meyer-Olkin (KMO) statistic was used to assess sample adequacy. The appropriate number of derived factors were identified using the scree-plot (looking for inflexion points) and Kaiser’s criterion of eigenvalues greater than 1 (given that our sample was large, the criterion is valid for an average of communalities greater than 0.6). Loadings of each item on derived factors were maximized using the orthogonal varimax rotation. Items with loadings above 0.3 were examined as candidate components of the corresponding factor. Cronbach’s alpha values were calculated to assess internal consistency of the identified factors. After, the scores of each factor were calculated and assessed for meaningful associations with the other measurements of the study. For group comparisons, we used Student’s t-test, and for scale variables, we used Pearson’s rho correlation coefficient. The level of significance p was .05. Statistical analyses were performed using the SPSS for Windows (version 18.0.3) statistical software (SPSS Inc., Chicago, IL).

The results of the principal component analysis (PCA) of the 10 items with orthogonal rotation (varimax) are presented in Table 2. The Kaiser-Meyer-Olkin measure verified the sampling adequacy for the analysis (KMO =.831) and all KMO measures for individual items were above the acceptable limit of .5. Bartlett’s test of sphericity x2 = 872.303 p < .001, indicated that correlations between items were sufficiently large enough to perform PCA. The determinant was .012 indicating lack of excessive correlations between items. The two components had eigenvalues greater than Kaiser’s criterion of 1 and in combination explained 35.13% and 27.63% of variances. The scree-plot (not shown) supported the choice for the selection of two components according to the inspection of inflexion points.

Table 3 presents the mean scores of each subscale along with the theoretical and observed values of the range. It is evident that there was a good dispersion of calculated scores in our sample relative to the possible range of scores.

Table 4 Association between total RSES score and other study measurements

The aim of this study was to adapt and analyze the psychometric properties of the RSES in a sample of high school students. The internal consistency was efficient and supported by the test’s reliability.

In this research, it is observed that there is a two-factor model, the same findings as Greenberger et al., Prezza et al. and Galanou et al.13 14 15. There are 5 positive and 5 negatives items. The 5 negative questions were reversed, therefore two factors were found, in comparison with Martin et al. and are related to each other 14.

According to statistical process, the RSES has significant correlation with the subscales of PANAS, negative and positive affect, the scale of self-esteem in Health indicators – Medical History- Daily Routine- Quality and Way of life Questionnaire (Darviri and Varvogli) which is not yet validated, the academic performance of students and the subscales of CFSEI-3.

The survey showed that positive and negative affect have significant correlation with self- esteem. In specific, positive affect is related with higher self- esteem and vice versa 16 17. Furthermore, the survey indicates that academic performance correlates with self-esteem. The students with high self-esteem are more willing and active to participate in the process of learning and teaching, whereas the students with low self-esteem prefer to be “neutral” and passive to this process 18 19.

Concerning sociodemographic variables, the lack of correlation of RSES with parents’ marital situation and their educational level most likely reflect the inability of RSES to reflect their influence adolescents’ self-esteem which is opposed to the finding that higher educational level of parents positively influences the adolescents’ self-esteem 20. Furthermore, it isn’t observed any statistical correlation between gender and RSES. Nevertheless, previous research has shown that adolescent males have higher self-esteem, oppose to females 21. Moreover, there wasn’t any statistical correlation amongst siblings and self-esteem.

To summarize, the main purpose of this research was to validate the Rosenberg Self-esteem Questionnaire in a different age group, 12-18 years old. According to the results, this scale can reflect the self-esteem of adolescents, likewise the subscale of Health indicators – Medical History- Daily Routine- Quality and Way of life Questionnaire (Darviri and Varvogli). The questionnaire’s criterion validity is confirmed.

The RSES is short and easily to administer. The Greek version of RSES is comprehensible to the ages from 12 to 18. It can be administered to groups of students at the same time. Further future comparisons with other tools concerning psychological measures is strongly encouraged.